Base Jumps new site in Rayleigh Essex is the biggest trampoline park currently in the UK at an impressive 35,000 sq ft and with a working capacity of 175 customers on the activities at any one time. Opening its doors for the first time on the 12th of February 2016 with local ‘TOWIE’ celebrity Joey Essex on hand, joined by Olympic gymnast Josh Newman, and the members of the Essex Free Runners to put the new park through its paces. In the fast growing sector of trampoline parks, Base Jump has quickly established itself as one of the premiere centers of its type in the South East, providing entertainment to both children and adults in a safe and friendly environment.
Contact Stage Concepts To Get Your Project Started
Contact Us 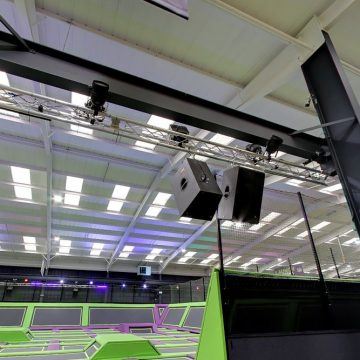 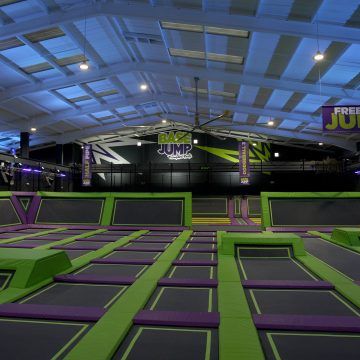 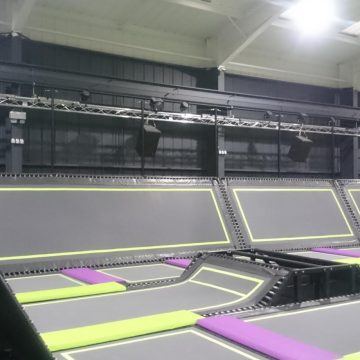 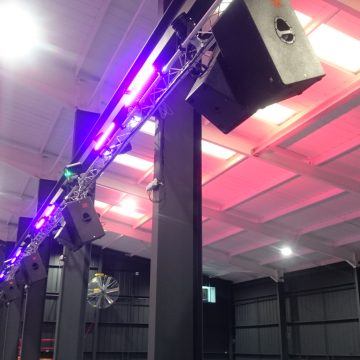 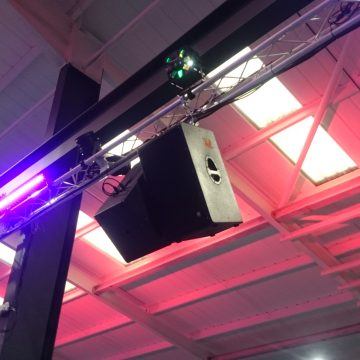 Base Jumps new site in Rayleigh Essex is the biggest trampoline park currently in the UK at an impressive 35,000 sq ft and with a working capacity of 175 customers on the activities at any one time.

Opening its doors for the first time on the 12th of February 2016 with local ‘TOWIE’ celebrity Joey Essex on hand, joined by Olympic gymnast Josh Newman, and the members of the Essex Free Runners to put the new park through its paces.

In the fast growing sector of trampoline parks, Base Jump has quickly established itself as one of the premiere centers of its type in the South East, providing entertainment to both children and adults in a safe and friendly environment.

In October of 2015 Stage Concepts were approached about providing equipment for an exciting new indoor trampoline park being constructed in Rayleigh, Essex. It would be a new UK venture called Base Jump, with its major emphasis being sports and health based classes and activities, alongside the more traditional ‘freestyle’ floor events of its competitors.

With a fairly tight budget in place by the contractor, and 3 months until the scheduled grand opening of the venue, Stage Concepts were asked to supply a full sound system and full lighting system capable of the performance required for coverage of the vast floor area of the main arena.

Both lighting and sound equipment were required to be mounted at height, and outside of the working areas to avoid any bouncing related collisions and to provide the optimum coverage for both visuals and audio.

With the structure of the building being steel beam, and its particular layout meaning it was unsuitable for such an install to be direct,  it was decided that the supply and hanging of trussing sections suspended from the main joists would provide the simplest and most suitable solution, which also allows the modifications to the building itself to be non permanent and non damaging should removal ever be required.

As the building itself is rectangular in shape to its main area, and with the activity zones being stepped in from the walls to provide walkways, the placement of the trussing and the equipment mounted onto it became a simple straight run down the length of the room along each side, making fitment and all the associated cabling a relatively simple task.

Stage Concepts supplied long 4 metre sections of triangular aluminium trussing totalling 48 metres, which were fixed end to end and fitted in 2 runs down each side of the building. These were hung securely from girder clamps on the main buildings steel cross beams, giving 5 structural loading points across each 25 metre run to provide more than sufficient support for the equipment to be flown.

This style of trussing is quite attractive in its own unique way, so does not look out of place at all in this location, looking like it’s just part of the buildings structure rather than an addition.

For the main colour wash to ceiling and roof area, we supplied 37 high power multi-colour BeamZ Quad LED PAR Cans, which were mounted in singles along the flat wall side, and back to back in pairs along the side of the arena that opens up to cover the Dodgeball courts.

The effect of these PAR Can units working in unison via DMX gives a uniform vivid colour wash across the entire area, which creates a stunning look without being intrusive. The entire colour and hue of the building can be changed with one command.

These are joined on the trussing at various points by 4 x RGB BeamZ Revo 12 Burst effects all aimed into the main activity areas, and 16 x LED 18 way UV strips, which are all on hand for the venues evening party events where a nightclub atmosphere is reproduced, with the final club touch being 4 x BeamZ Multi Acis III units, which provide multiple output of green and red lasers, bright white LED strobing, and multi-colour rotating derby light.

Stage Concepts also supplied a high power 1700w BeamZ H2000 Haze machine, which can cover a vast area with a fine misted fog, allowing the lighting effects to be fully enjoyed, especially for the evening party events without the obvious danger of using a heavier fog in this type of active environment.

For the main sound system a total of 12 speakers were flown from the trussing in a similar single and paired arrangement as the lighting to give optimum sound coverage.

A high powered traditional passive cabinet system was chosen, both to stay within the given budget and for the simplicity in use that such a system gives, as all inputs, eq settings and volume levels are controlled from a singular location.

Power to the main system was supplied in the form of a pair of Power Dynamics PDA-B2500 professional series amplifiers. These fantastic units feature over 2400W RMS each when bridged together at 8 ohm, providing plenty of power for the 12 main units. They also take care of all the signal crossover and overload limiting, keeping the install as simple as can be, and are fan cooled for continued usage on a daily basis.

These were joined with a quad of Power Dynamics PDD-1200 class D digital amplifiers, which were run in bridged pairs to provide 2400W RMS to each of the subwoofer systems, supplying a powerful and controlled bass performance to the main hall area.

Access to this fantastic system was provided in the form of a rack mount installation mixer unit, the DAP- Audio Compact 9.2, a 9 channel dual zone user friendly unit which features full system equalisation and gain control, and inputs for mp3 devices, microphones, and buffered inputs for av audio feeds from a television or video source. With the system setting controls located to the rear panel, the DAP unit leaves just the simple controls being presented to the user, allowing daily use of the audio system by all staff members without fear of incorrect settings being made.

Stage concepts also supplied all the peripheral equipment for the various parts of the installation, so several hundred metres of speaker cable along with hanging clamps for lighting fixtures, mountings for flying the speakers, DMX and power cabling for the lighting and a separate Chauvet DMX control unit for the wash lighting.

The finished systems up and running are a spectacular example of what can be achieved on a relatively low budget with the right advice and correct choices being made. With everything installed, tested and tweaked in plenty of time, the grand opening night went fantastically with flawless performance from all the equipment, with organisers and the guests being extremely impressed, and it’s a system that can be enjoyed and relied upon by all the customers of Base Jump for years to come. The sound system has immense power and clarity, and thoughtful placement and speaker angles means there are no audio dead spots across the entire hall, with the high and open nature of the ceiling giving a natural volume gain.

The simplicity of the passive speakers mean eq and level adjustments are a 2 minute task from one spot, with no climbing on ladders to adjust individual units and no specialist knowledge required to keep them operating at their best. It’s as user friendly as you could wish for and perfect for use by non professionals.

The LED PAR lighting units give just the right amount of colour influence with the main building lights on, and totally transform the look of the entire place when those lights are off, with the multiple effects units taking things one step further when the activity requires it.

Having the ability to transform such a well lit fitness and sports work area into what’s practically a nightclub atmosphere at just a few button presses is extremely diverse, and gives the space multiple uses and options for the future as well as giving it a much wider appeal to customers of all age groups.

To discuss your requirements for upcoming projects, installations or the supplying of staging, trussing and professional audio equipment, please contact us for the very best advice and product knowledge available. Let Stage Concepts give you the guidance to make the important decisions and get them right the first time.

From the V&A museum and Saatchi Gallery, to Warner Brothers Studios and Crystal Palace FC, our truss systems and bespoke designed truss constructions have found homes in a wide selection of both public and private events and for a variety of tasks.

We have also supplied trussing and stage deck systems to the Next and TopShop group, Harley Davidson, Jump Giants Trampoline Park, alongside the many private individuals and trade customers that have purchased everything from a singular stage deck right up to a large festival stage roof system.

Large circular truss lighting rigs and stage platform systems for film sets, structural truss arches and walkways for exhibitions and shopping centre events, vehicle plinths and truss for showroom displays, truss based obstacle courses, and the supply of full professional sound and lighting packages means Stage Concepts can fulfill your project requirements no matter how large or small they may be. 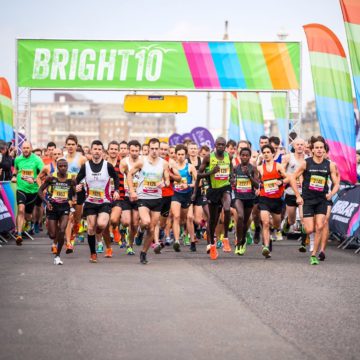 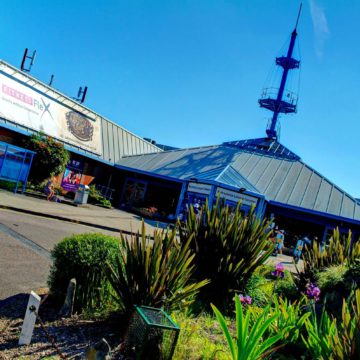 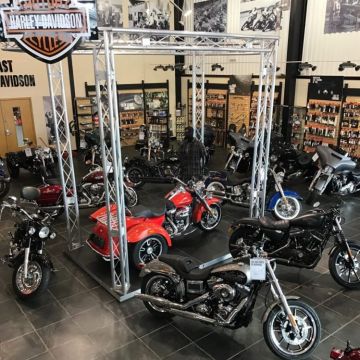 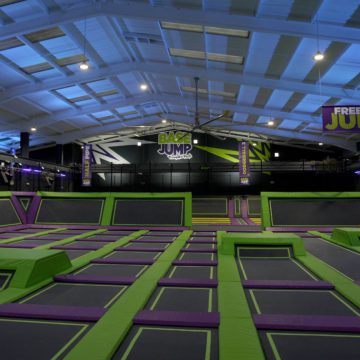 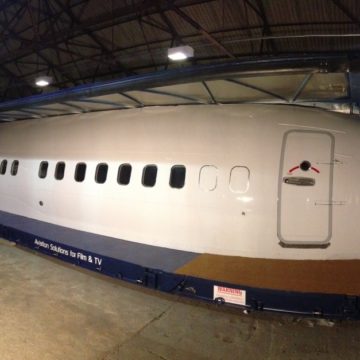 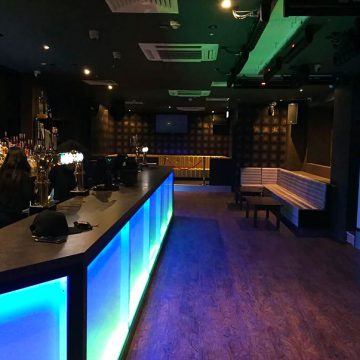